“…And yet shew I unto you a more excellent way.” 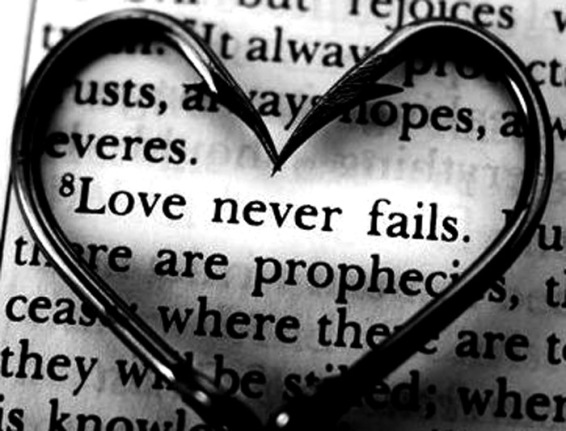 Valentine’s Day is just around the corner so I wanted to share a thought on love and one of the most convicting passages in the Bible.  Later this week I will be starting a short series on the phrase ‘Be Ye Therefore…’ which occurs seven times in the Bible and each time it appears it is used to encourage God’s people to do something that will be for His glory and their good.  But for now, let’s talk about love…

The apostle Paul had just been dealing with spiritual gifts in the twelfth chapter in his first epistle to Corinth and he finishes with the following verse.  But covet earnestly the best gifts: and yet shew I unto you a more excellent way. (1Corinthans 12:31)

The Things We Think Are Important

Paul, according to his own testimony in Philippians 3, had at one time considered works and the outward observance of the Law of God to be profitable unto him and the Lord.  According to the standards of the religious elite of his day, Paul was a great man before Christ found him on the road to Damascus.  He said he was, “Circumcised the eighth day, of the stock of Israel, of the tribe of Benjamin, an Hebrew of the Hebrews; as touching the law, a Pharisee;  Concerning zeal, persecuting the church; touching the righteousness which is in the law, blameless.”  Paul had come to realize that all that he used to think was profitable or gain for him was loss for Christ.  His position among the Pharisees, all the keeping of the law, everything that he had at one time considered precious he now saw as dung.  To lose such things was nothing now to Paul for he had gained the excellency of knowledge of Christ.

Friend, we say we love the Lord.  We say we serve Him.  But do we?  Is our works motivated by our love for Jesus?  Or do we do what we do out of some sense of duty?  Remember I mentioned that this is one of the most convicting passages in the Bible.  Well Galatians 5:22-25 says, “But the fruit of the Spirit is love, joy, peace, longsuffering, gentleness, goodness, faith, Meekness, temperance: against such there is no law.   And they that are Christ’s have crucified the flesh with the affections and lusts.   If we live in the Spirit, let us also walk in the Spirit.”  So we see that love is the first of the fruit of the Spirit that should be born by you.  Love is not a gift but rather evidence of the Spirit within you.  Paul reminds us In the first three verses of I Corinthians 13 that to truly love Christ is to love Him with all our heart, all our mind, and all our will or soul.

Love With All Our Heart

“Though I speak with the tongues of men and of angels, and have not charity, I am become as sounding brass, or a tinkling cymbal.” (Verse 1)  Paul says if he could speak with all of the known and unknown languages of man or even the language of angels but not have love, then such a gift is worthless for love gives the gift its value before God. When pagans of that time would worship their false gods they would chant over and over again beating drums and cymbals. This is what Jesus was talking about in Matthew 6 when He said, “But when ye pray, use not vain repetitions, as the heathen do: for they think that they shall be heard for their much speaking.” Paul is saying that if we come to worship God with ‘much speaking’ but have not love then our worship is vain and no different from the heathen with their drums and cymbals.

Love involves the heart. Matthew 15:18 “But those things which proceed out of the mouth come forth from the heart…” So we see that because what proceeds from the mouth is tied directly to the heart, the gift of great speaking ability without the motivation of love indicates the condition of the heart. Paul, who once prized works is saying that works are worthless without love.

Love With All Our Mind

“And though I have the gift of prophecy, and understand all mysteries, and all knowledge; and though I have all faith, so that I could remove mountains, and have not charity, I am nothing.”  (verse 2) Paul is telling us that love also involves our minds.  He says that if we have wisdom of everything spiritual, all knowledge and all faith so that nothing is hidden or impossible for us but have not love, we are nothing!  Paul had once studied at the feet of Gamaliel and had a knowledge of God’s word that surpassed most.  But had he died before Christ found him on the road to Damascus, he would have found that such knowledge would not have gotten him into heaven.

Love With All Our Soul

And though I bestow all my goods to feed the poor, and though I give my body to be burned, and have not charity, it profiteth me nothing.” (verse 3) Paul says love not only involves our heart and mind but also our soul or will.  The soul is the seat of our affections.  If we give everything we have to the poor, even go so far as to give our body up to martyrdom but did so only to secure a legacy or to gain honor and noteriety among men then we have wasted our time.

Paul was writing to a church that placed a high premium on spiritual gifts.  There was also several Grecians in the church at that time and the Greeks were known for their love of knowledge.  He tells them from the well of his own experience, that knowledge and works in and of themselves are not profitable if they are not motivated by love for Christ.  Question: How’s your love life with the Lord?  When you look at what you have accomplished in your Christian walk was it for Him or you?

Notice too that Paul mentions the gift of prophecy in verse 2.  There will come a time when people who have done what they considered great works will stand before Christ and say to Him, “have we not prophesied in thy name? and in thy name have cast out devils? and in thy name done many wonderful works?”… and Christ will say, “I never knew you: depart from me, ye that work iniquity.”  Brings new meaning to the phrase, ‘to know Him is to love Him…’

Think on these things…