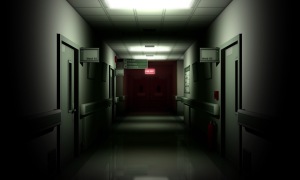 On Christmas Eve 2001, and continuing into Christmas day, I spent Christmas alone with my Grandpa.  That’s right, just the two of us.  My wife and children had gone to my in-laws home; my side of the family was gathering at my Uncle’s house.  This Christmas it was just going to be me and grandpa.

Less than two months before my Grandma had passed away.  She died in early November, one month short of their 74th wedding anniversary.  It wasn’t a misprint, almost 74 years of marriage.  As you might have guessed they started their marriage at a young age.  After a long drawn out courtship, two months, they were married and began their life together.

In the 1980s my Grandpa had major health issues that changed him.  The damage sustained during these days quickly took away his ability to function independently and do the thing he loved the most, preaching the gospel message of Jesus Christ. END_OF_DOCUMENT_TOKEN_TO_BE_REPLACED

Posted by A Servant on December 23, 2013 in Lessons from A Servant